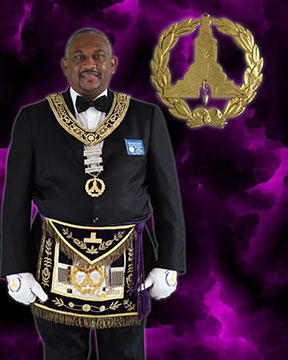 He is currently the managing partner of The Moore Law Group, PLLC. The firm's practice focuses in the areas of personal injury and wrongful death. Brother Moore is also the principal of Space Coast Strategy, Inc., a governmental relations and political consulting firm which handles local government matters across Central Florida and represents clients in Tallahassee before the legislative and executive branches.

In November of 2000, he was elected to the Rockledge City Council. He was re-elected without opposition in November of 2003 and served as the Council's Chairman and City's Vice Mayor in 2004. With all other constraints on his time, Brother Moore still manages to dedicate time to various religious, civic and social causes in his local community. He is also the recipient of a variety of awards and recognitions including the United Way Bridge Builder Award; “4 Under 40” Award (top four leaders under the age of 40) from LEAD Brevard; one of the 100 Most Powerful People On The Space Coast and, most recently, Business Leader of the Year in the area of Community Leadership both as designated by Space Coast Business Magazine.

Fraternally, he was initiated into Psi Chapter of Omega Psi Phi Fraternity, Inc., at Morehouse College in the Spring of 1991.

Masonically, he followed in the footsteps of his father and was raised at Cocoa Lodge #55. At Cocoa Lodge #55, Brother Moore has served as Secretary, Junior Warden, Senior Warden and three years as Worshipful Master. As a Past Master, he served as the Assistant District Deputy Grand Master for the 20th Masonic District. Currently, Kendall T. Moore serves as the Right Worshipful Senior Grand Warden of the Most Worshipful Union Grand Lodge of Florida, Belize, Central America & Jurisdiction.

Brother Moore is happily married to Dr. Kelley Moore and they have two wonderful children, Kendall T. Moore, II, also known as Ty (who currently serves as the Most Venerable Grand Master Knight), and Kaelyn.